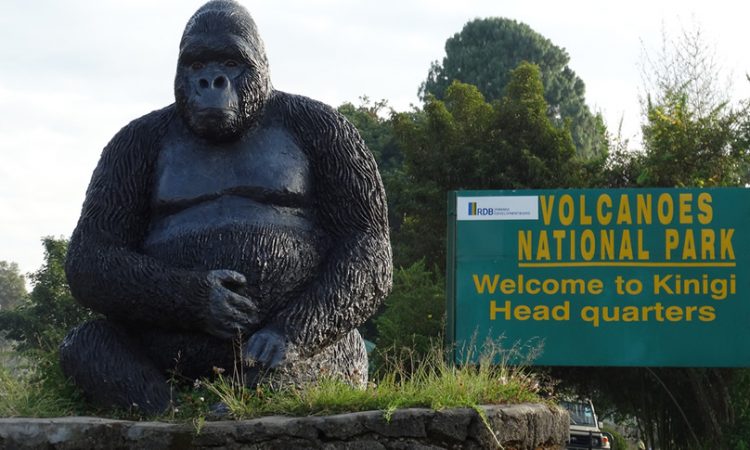 Volcanoes National Park entry fees are the fares levied by the Rwanda Development Board on persons and motorized machinery that enter into the park. Volcanoes National Park is located in the northern part of Rwanda in the district of Ruhengeri. The park is home the Virunga mountains of Bisoke, Sabinyo, Gahinga, Muhabura and Karisimbi with a variety of wildlife, and to mountain gorillas that can only be found in Rwanda, Uganda and the Congo. There are a number of activities that can be done in the park all throughout the year. To be allowed entry into Volcanoes National Park and to take part in most of the activities in the park, certain fees need to be paid.

The fees are categorized according to travelers’ origin that is foreign non-residents, foreign residents, Rwanda/ East African citizens plus the East African Community (EAC) foreign residents and they vary. The fares also vary according to the different park activities done at the park. Fees for the Rwanda citizens is lower than all others so as to promote domestic tourism. Below are Volcanoes National Park entry fees charged for the different activities in the park;

Rwanda gorilla trekking permit costs $1,500 for all travelers interested in gorilla trekking in Volcanoes National Park. This fee is inclusive of the park entrance and the permit allows one to encounter mountain gorillas in their natural habitat. Gorilla permits sell out very fast, and are not so many in number, booking in advance is advised.

Hiking Mount Gahinga, Bisoke, Karisimbi and Muhabura all together would cost $1,500 for the entire activity. Camping fees for foreign non-residents and residents is $30, $10 for Rwanda and EAC citizens and $20 for EAC foreign residents.

The above are the Volcanoes National Park entry fees. Foreign residents are required to have proof documents of their status, like a work permit of at least one year to be recognized as such- failure to do so would mean them paying fees as foreign non-residents. These fares can be paid at the Rwanda Development Board offices or at the park headquarters. Alternatively, having a trusted tour operator would remove the burden from you as they would take care of everything. Some fees, like for gorilla permits need to be booked months in advance, do so to secure your permit and be guaranteed of doing the activity.