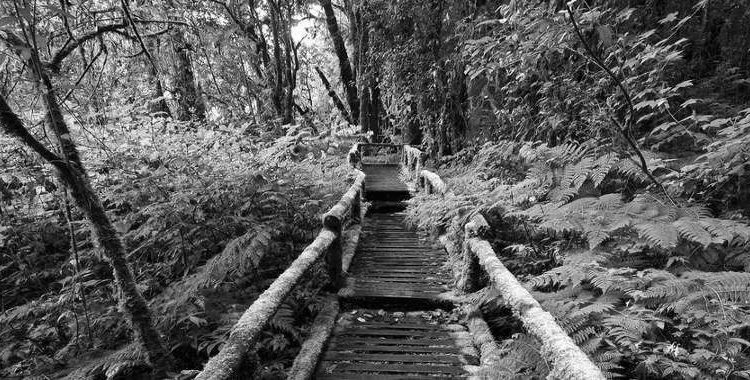 History of Nyungwe forest national park is quite lengthy though you will be fascinated to see interesting facts about Nyungwe that you didn’t know.

Here is brief on History of Nyungwe

During the colonial period, Nyungwe National Park was declared a national forest reserve by the German colonialists, in 1933. Later the population started becoming high around Nyungwe from a different parts of the country. The presence of people around Nyungwe Forest became a big threat to the forest, because they used the forest resources in ways like collecting firewood,  poaching the wildlife, illegal mining and cutting down timber. This  caused the reduction of the park’s size from 1,140 kilometers squared to 1,019 kilometers squared, from 1958 to 1973 and to make things worse, Rwanda had political instability issues. During this time, the forest elephants and buffaloes were still habitats until the late 1999. The last buffalo was killed during 1974 while the last elephant was killed in 1999.

From around 1970 to the 1980’s, some research was started in Nyungwe by biologists and different researchers. In the early 1980s the buffer zones of eucalyptus were established as the boundaries to mark off boundaries with the communities. Buffer zones were introduced to completely eliminate the need for firewood in the Park.

During 1985 the Wildlife Conservation Society began the protection program of Nyungwe forest in collaboration with the Rwandan Government. The project of protecting Nyungwe was named; Projet de Conservation de la Forêt de Nyungwe (PCFN). The society came up with some long term training and they habituated primates for tourism purposes. They also started a project of creating trails in the Park, in the cooperation with US Peace Corps. Then the business centers that were established in the Park by communities were stopped. The mining in the Park was ceased immediately for the betterment of the park. This is when the first biggest troop of Colobus monkeys with over 400 individuals in the troop was confirmed in Nyungwe, by Wildlife Conservation Society. An ongoing survey of birds, mammals, reptile, amphibian and plants became more applicable. Tourist’s infrastructures, facilities were also established, in Nyungwe and particularly around Uwinka reception center. Though this did not last long because in 1994 during Genocide these all were destructed.

Later in 1995, the reconstruction of Nyungwe forest national park’s infrastructures begun again, till 2004 when the forest was established as a National Park and later in 2005, it was declared and confirmed to be a national park of Rwanda. By that time, it became the third national park of Rwanda after Akagera and Volcanoes National Parks. Since then researchers kept on doing their work from Nyungwe. The reason behind many researchers carrying research in Nyungwe, was is because they believe, there is much wildlife you can’t find anywhere else due to history of Nyungwe since the ice age.

There are theories about where nyungwe took its name from and the traditional ones have more to tell. The name nyungwe is somehow similar to the name of the leopard in Kinyarwanda language (Ingwe). There are some surveys that confirmed the presence of the leopards in Nyungwe, until now. So the park named leopard as (Ingwe) in the local language to give us Nyungwe.

The history of Nyungwe National Park bring back memories of what we see today as a key tourist attraction in Rwanda for Chimpanzee Trekking and canopy walk as the big game activities.