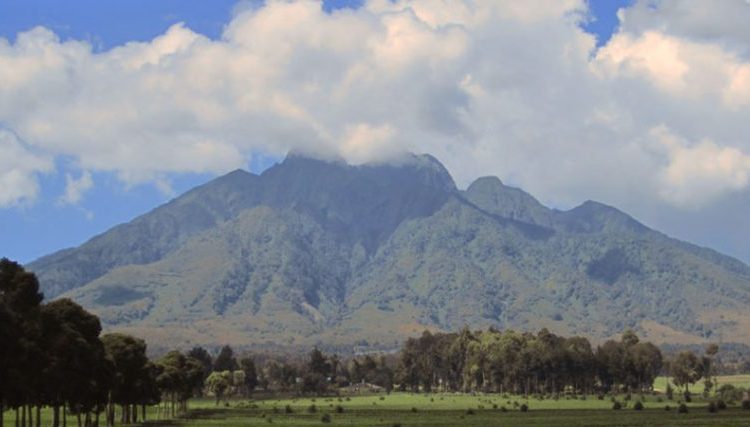 Volcanoes national park was Dian Fossey’s base for zoology. She used to carry out research on mountain Gorillas and her research was to protect mountain Gorillas. She arrived in the park in the year of 1967 and during her lifetime she set up a Karisoke Research center whose name was created from the two volcanoes of Karisimbi and Visoke. She was later murdered in cold blood. Dian Fossey –Research camp is one of the tourist attractions in the park where you can visit the graveyard and the research center for Dian Fossey. The hike is amazing with a number of bird species and other wildlife species can be spotted in the park.

Volcanoes National park was a battlefield during the Rwanda genocide in the 1992 and the park headquarters where attacked and a lot of items were destroyed. Later on, it was revamped.

Volcanoes National park is now the main habitat for mountain gorillas in Rwanda and the park is known mainly for the gorilla trekking activity. Gorilla trekking permits to volcanoes national park cost 1500USD. The gorillas are trekked in groups and each group has only 8 people. There only three countries in the world where mountain Gorillas are spotted and that’s Uganda, Rwanda and Democratic Republican of Congo. Gorilla trekking takes 30minutes -8hours and only 8 people are allowed to trek the mountain Gorillas.

Volcanoes National Park is one of the amazing areas where one can enjoy hiking and you can as well spend the overnight hiking on Mount Karisimbi which is snow-capped. Mount Karisimbi hike is quite challenging and one needs to be physically fit to enjoy the hike. The park is filled with great sights and sounds as you walk through the vegetation zones.

Ngezi Lake Trail is one of the amazing trailheads in the forest park. The lake is small with a beautiful scenic crater lake. This trailhead leads you to Mount Visoke. The hike takes 4 hours in the park and you will be accompanied by guides and park rangers as you see a number of monkeys, bird species and other wildlife species.

The Twin Lakes of Burera-Ruhondo. These are trailheads of the lakes and is where one can enjoy the afternoon cruise. You can as well trek the Russumo falls where there are a number of scenic views of waterfalls. The trail takes about 3 hours and the trail is done in the morning and afternoon hours to explore the lakes.

Volcanoes National park -Buhanga forest Nature walk, is a small forest which is large, with a lot of culture and history about the people of Rwanda. Buhanga Forest Nature walk is a place in the park where the Kings of Rwanda could bath in the waters before the coronation. It’s a sacred forest and no tree is allowed to be planted or cut down in the forest. The trailheads are of Lava stones that run throughout the forest, to relax and be refreshed.

You can visit the Musanze Caves which was funded millions of years ago. Enter the caves and see the amazing caves of the ancient days of the Rwanda Kings in the times of war.

Iby’iwacu cultural village is a Heritage with visitors to experience the culture of Rwanda. Visit the park within a few hours and you can as well spend a night at the village an enjoy the traditional lifestyle of Rwanda people. Also, enjoy the traditional meals such as Banana juice and many more on your volcanoes national park tour or on a combined tour to Nyungwe Forest National Park.