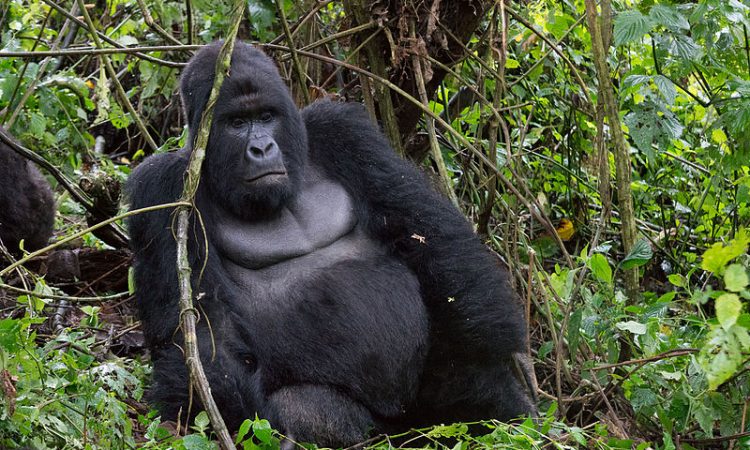 Virunga National park in Congo is found in the Albertine Rift Valley, in the eastern part of the Democratic Republic of Congo. Virunga National park was created in 1925 and it was one of the first protected forests in Africa. Its altitude ranges from 690 m in the Semiliki River valley to 5,110m in the Rwenzori Mountains.

Virunga National park has two active volcanoes that are located in the middle of the park including mount Nyamuragira and Nyiragongo. The volcanoes have shaped the parks wildlife and diverse habitat.

The park has more than 3000 flora and fauna species that are recorded, and of which 300 are endemic to the Albertine Rift such as the Eastern Gorillas and Golden Monkeys.

There were three conservation movements such as Jean-Marie Dersched, Jean Massart, and Victor Van Straelen, in the 1920s who came up with an idea of creating a protected area in the north-eastern region of Belgian Congo. The Albert National park was established in 1926, and it was aiming at preserving wildlife and the hunter-gatherers the African Pygmies. Virunga National Park is listed under the UNESCO, WORLD Heritage site in 1979 as well a Ramsar site of international forests.

In 1996 and between 2003, 80 park staff were killed by a number of armed rebel groups who were operating in the park. They included Democratic Forces for the Liberation of Rwanda and National congress or the Defence of the people.

During the months of March to mid-May and September to November, these are the rainy seasons. The northern sector receives 230mm of rainfall, the south sector receives 170mm.

Virunga National park protects over 800 bird species, 200 mammals, and 200 reptiles and over 70 amphibians.

Gorilla trekking in Virunga National park is the main activity carried out by travellers. The park is a safe area where you can go for the Gorilla trekking activity. It can be done in three countries Uganda, Rwanda and Democratic Republic of Congo.

Virunga National park protects over 8 habituated Gorilla families that are available for trekking every day.

Gorilla trekking involves hiking deep in the mountain Jungles to see a gorilla family in its wilderness. You will be led by the ranger and guide who have knowledge about the general area in the park to see the mountain Gorillas.

Gorilla trekking in Virunga National park starts at the park headquarters at Bukima, which is located outside the city of Goma.

Mountain Gorillas move from place to place and they keep meandering hence can not stay in one place. When trekking you will see a number of them grooming each other,  playing, feeding and many more, under the care of the silverback gorillas.

You will spend one hour with the mountain Gorillas as they continue with their day to day activities in the jungle.