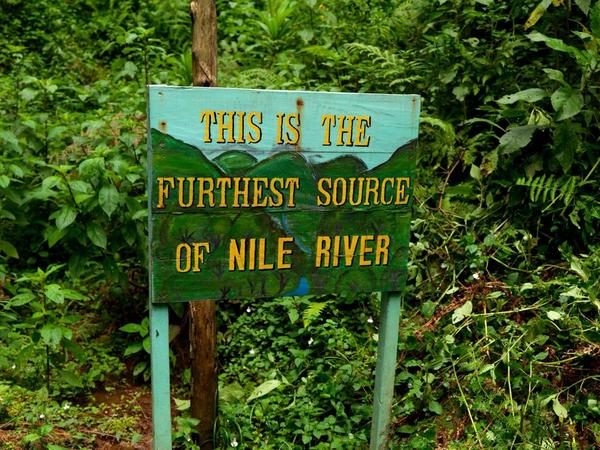 Nyungwe the furthest Source of The Nile: Nyungwe national park is known as the furthest source of the Nile River which happens to be the world’s longest river, with a length of 6,650km. River Nile has formed what is now Nile Basin which is made of ten countries. River Nile has become the cause of its boundaries becoming so populated because in a country like Egypt which is dominated by desert the cultivation would only be possible at the boundaries of the Nile River. So there was no other place to live rather than living there as it was easier for the Egyptians to get all they want in terms of food, farm cultivating and cattle rearing.

The river Nile gave birth to the civilization of the Northeastern of Africa. That’s why there are several types of research that were carried out to prove the furthest source of Nile location in the Great Lake region. Since the pharaoh kingdoms River Nile, no one has been able to clearly explain and prove to the people, where the river comes from, and it has been a regular question to pharaoh kingdom’s scholars. Until in 18th century when the European (British explorer) John Hanning Speke came to find out the river Nile source, he took all long way canoeing until he reached to Victoria Lake, and he saw river Nile flowing from the Lake Victoria. So he confirmed that the source of River Nile is Victoria Lake. He then went back to England with such research and when he reached there, he presented his research but many people seem not to be convinced by that research.

Later an explorer Richard Kandt, took it upon himself to explore the furthest source of Nile. This man was a little bit wise and had thought of thinking outside of the box than the first two explorers. When Richard Kandt reached to the Victoria Lake, he asked himself; where does the water that fills Victoria lake come from? This question was the trigger to better and accurate research. He finally saw the river at the other side of the Lake (which was Akagera River), and it was flowing and poured into Victoria Lake. He did not hesitate to pass through that river in the purpose of finding the source of that River. On his way, there were many river streams but he always followed the main one until he reached in Nyungwe National Park, in the north of the Park.

There are two types of rivers in Nyungwe National Park.  The rivers that flow westward of the Park and form the Congo basin, and the others that flow Eastward of the Park and form the Nile river which are Mbirurume, Mwogo, Rukarara, Base. These rivers flow from Nyungwe national park and join together to form the Nyabarongo river. Nyabarongo River is the main river of Rwanda which flows from the Southwest of Rwanda, and it is the Eastern part of Lake Kivu. The River originates from the Chain Mountains in the Western part of Rwanda which lay in the Albertine Rift. There are two major rivers that form the Nyabarongo River which is Mwongo and Mbirurume Rivers.

Among main streams which supply Mwogo River is Rukarara river that originates from Nyungwe and flows Southward of Nyungwe and Eastward and empties into Mwogo River. Finally, Mwogo River flows and combines together with Mbirurume in the South of Bwakira, and from this merging, the name of River Nyabarongo is born. This river Nyabarongo flows until it meets with the river from Burundi, which is Akanyaru River and they both form Akagera River in the South of the Kigali city on the boundaries of Kigali city and Bugesera district (a place called Kagoma) from the people around Nyabarongo rive. The river is used for cooking, bathing, washing, and drinking.

The River Akagera flows and pours in the Victoria Lake. Due to this Nyungwe National Park has developed tourists hiking trails that head to the North of the Park to explore the furthest source of the Nile. The trail was named Congo Nile divide because you pass through the mountains that divide those rivers that form the Congo basin and those from River Nile. It takes only three days from the Uwinka reception center to the North of the park at Gisovu. To this hiking trail and you need to be well equipped by having your camping gears, food, and enough water. That’s why whenever you need to do the trail you will be advised to hire a porter from the Park. There is no other adventurous activity in Nyungwe national park than this trail and you see the furthest source of the Nile in the best experience ever, in this trail.

Different research in the past years has confirmed that Nyungwe national park is the furthest source of Nile river. It’s your time now to explore the source of the Nile in Nyungwe National Park. And get to see the source of life in the Northeastern of Africa.